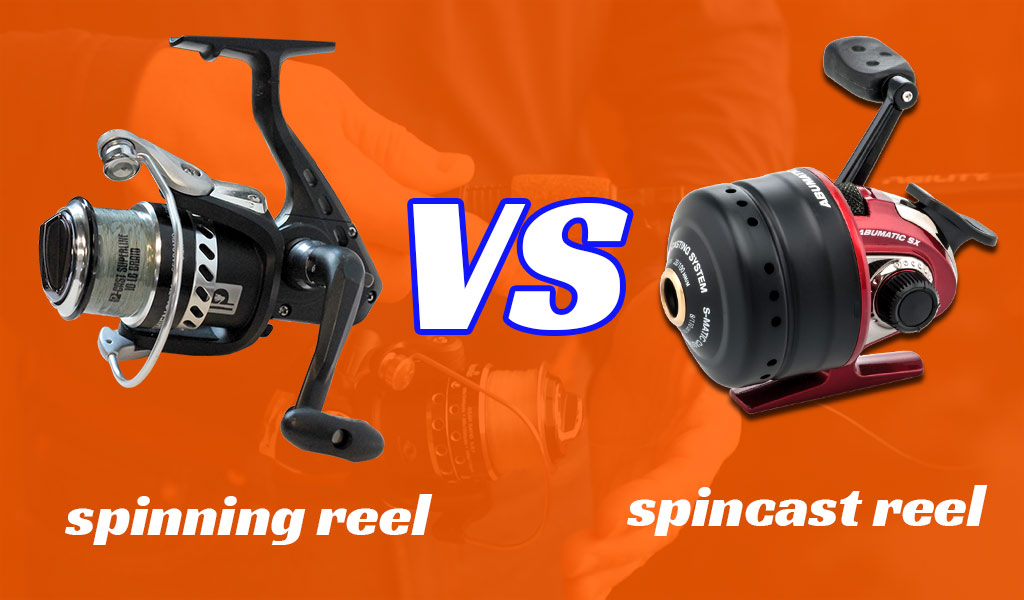 For everyone among the fishing interest, the debate of spinning reel vs spincast had been quite old.

Although there are other types of reels and rods such as baitcasting etc, understanding the difference between spinning reel and spincast is quite of a fishing 101.

Before heading into deeper analysis, let’s have a glimpse at the basics-

What Are Spinning Reel and Spincast Reel?

Spinning reels are those who hang beneath the rod and the line wraps around the rotating spool.

In this kind of reels, the line goes through the roller before it continues again to the rod itself.

And spincast reel is basically with a button that controls the spool’s free movement.

By pressing the button, you can spool or unspool the line freely.

Spinning Reel and Spincast: How Do They Work?

At this point, we will be discussing the difference in the working procedure of these two reels.

How Does Spinning Reel Work?

Well, spinning reel comes with a spoot that can sit on the axis of the rod in a parallel manner.

The line wraps around the spool and goes over a wheel called power roller.

There is a part called the bail which does the job of keeping the line in its place.

Here are some characteristics of dealing with spinning reel-

How Does Spincast Reel Work?

The working process of spincast reels is almost like spinning reels, and there are a lot of similarities in the ways of operating with those.

As an example, they are fitted inside plastic covers, the line is come out from a tiny hole, and there is a spool kept parallel to the rod.

However, these were the similarities between spincast and spinning reels.

Now, let’s have a look at some facts while one operates spincast reels for fishing-