Home » Blog » How to Use Fly Tying Tools 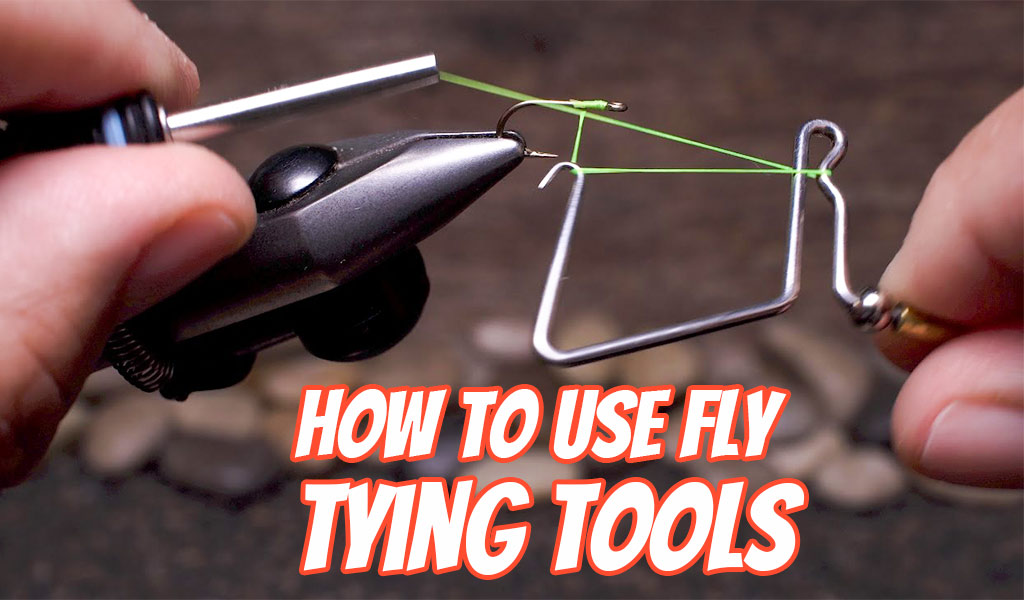 However, this article is not a mega guide on fly fishing and everything you need to know about it.

This is rather, a beginner’s guide on how to learn tying flies for better and funnier fishing experience.

What Is A Fly Tying Tool?

Fly fishing is one special and probably, one of the most exciting kinds of fishing techniques.

It’s done with attracting the fishes with a fly which is tied by yourself.

Instead of real flies, it’s better to use artificial flies, which can entice slow raise for fishes from water.

In order to get along with tying flies, there are a number of essential tools required. Here is the first group of them, namely the basic tools-

How to Use Fly Tying Tools

As long as we’ve been introduced to the basic list of tools that we often use in fly tying, it’s time to dive deeper.

There are wide variations in scissors that we use in fly fishing. One common property of them is, they are extremely sharp and pin-pointed.

Usually, they’re smaller in size comparing to the household scissors.

Two flying scissors are usually needed to be kept.

One is to cut through hard materials like the feather stalks, tinsel or hair. And another scissor is for delicate works like trimming and fine-tuning.

To whip finish flies on the tool, experts often use their own fingers.

But if you’re not an expert in fly fishing yet, you may need a tool called the whip finisher.

Most of the whip finishers have a straight handle along with a piece of a hook.

The hook used to contain a sprung wire arm at one end.

Bobbin holders are one of the most beneficial parts of the whole tying process, where it plays the role to reduce waste, keeping the tension level right, and so on.

Bobbins use to hold the spool of a thread or silk and maintains the tension on the fly that’s tied.

When you stop the bobbin from rolling, it hangs below the hook because of its weight. And that stops the fly from unraveling as well. Also, the bobbins can be spun enough to tighten the thread.

It’s basically a heavy kind of needle what has an insert and a handle.

While it’s time to apply cement or free up tied down hackle fibers. Also, to pick up the bound down fibers, bodkins are also used.

Hair stackers are used to keeping the hairs tightened at one place and on the flies.

There are 2 sections in this metallic piece of tool.

First part is a hollow, metal tube which is all the way through creating a funnel.

The other piece is a flat-bottomed one which contains the first tube.

Hair is inserted on the tube and tapped hardly so that the hair tips stay aligned.

Apart from these 5 tools, the rest of the tools also have their own way of being applied. Hopefully, this guide helped you out so far!