Home » Tips » How to Use a Spinning Reel 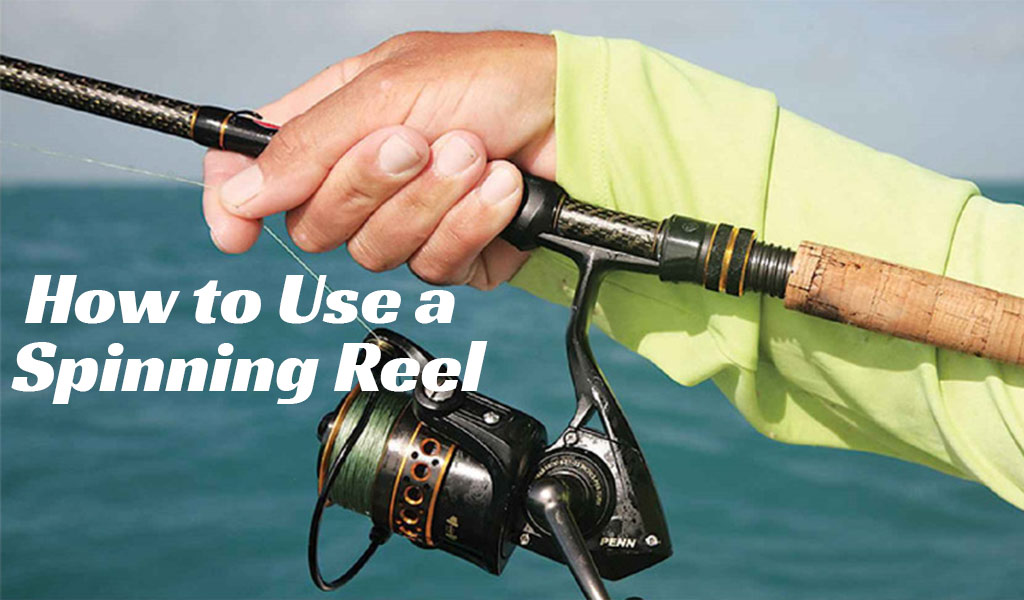 Everyone who’s up to fishing, cuts his teeth with spincast reels when he starts fishing for first few times.

Over time, every serious angler moves forward to advanced versions such as baitcasting or so.

In case you’re still going through those early phases we are talking about, you might be in need of a hands-free guide on how to use a spinning reel and get most out of it while fishing.

We’ve crafted this entire article around this topic to give you a hand. Let’s get going-

The Basics of Spinning Reels

Spinning reels are also known as open face reels, as they sit directly under the rod.

These reels can’t rotate, as they have fixed spool.

Instead, there is a rotor that spins around the spool.

In fact, that’s also the reason of why we call it spinning reel.

The parts of a spinning reel contain-

How o Use A Spinning Reel

Operating a spinning reel comes with a number of actions and methods.

We’ve split it into a few segments. Let’s go through-

Everything you would do with a spinning reel begins with learning how to cast it.

Although it takes some time, once you develop the accuracy, you’re the master of spincast fishing.

These reels use a fixed spool system.

So, the lure’s weight is going to do the work. Here are the steps of casting a spincast reel-

What Is Line Twist and How To Deal With It?

As long the using techniques of the spinning reel is concerned, you must know what is line twist and how to deal with it.

The line of your spinning reel happens to twist because of the angle between the line and the bail and rotor.

While you’re working with the reel, it’s very likely to happen once in a while.

To reduce the amount of line twist, you can spool the line of the reel in the same direction where it’s put on the spool.

The discussion about the ways of using a spincast reel and enhance the usability contains a lot more points.

But here in this article, we’ve tried to give you some basics on how to cast and how to deal with line twist while angling. Hope that comes to be in help of yours.